Cass County Prosecuting Attorney, Noah Schafer, announced the addition of three new prosecutors to the office: Lisa Kempf, John Starbuck, and Jake Vent. All three will be sworn in as Cass County Deputy Prosecutors on October 31, 2022. 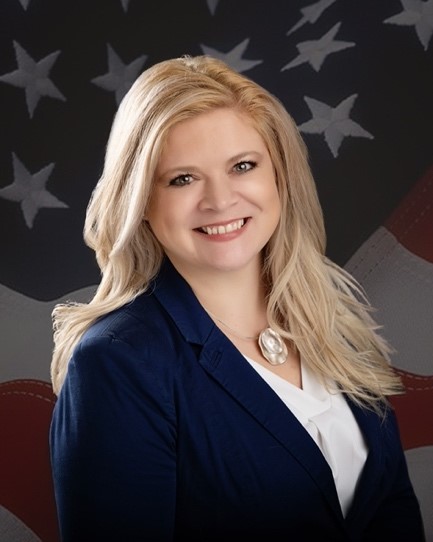 Lisa Kempf joins the Cass County Prosecutor’s Office as an experienced litigator, having previously served as a prosecutor in Morgan and Lawrence counties. She graduated from Southern Illinois University School of Law in 2018. Ms. Kempf began her career prosecuting all level of crimes from misdemeanors to level one felonies, and has experience litigating murder, attempted murder, aggravated battery, intimidation with a deadly weapon, unlawful possession of a firearm by a serious violent felon, rape, child molestation, theft, and possession of methamphetamine and has been an advocate for victims of domestic violence and sex crimes in the state of Indiana. Lisa Kempf has three children, two daughters in college and a son in middle school. She is an avid animal lover and has two dogs.  Kempf will be prosecuting major felony drug and domestic cases. 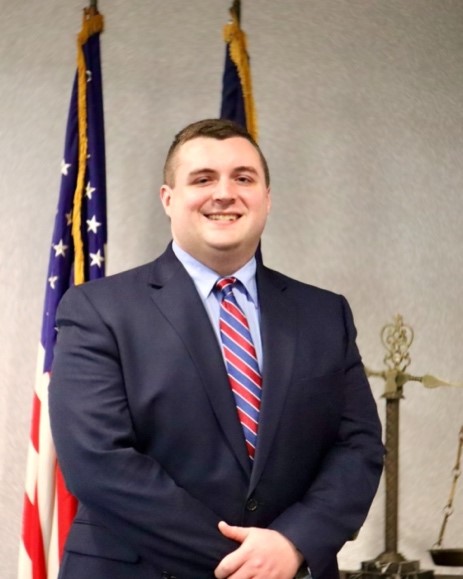 Jake Vent was born and raised in Kokomo, IN and graduated from Northwestern High School in 2015. He later went on to graduate from Case Western Reserve University in Cleveland, OH, receiving a BA in Economics and Political Science in 2019. After graduating college, Jake attended Indiana University Maurer School of Law in Bloomington, IN, receiving his law degree in 2022. Jake worked in numerous internships during law school to expand his jury trial experience and knowledge of prosecution, all tailored around furthering his goal of being a career prosecutor. Among his various experiences, Jake interned for the Honorable Stephen R. Kitts, II in the Cass County Circuit Court, the Cass County Prosecutor’s Office, the United States Attorney’s Office for the Southern District of Indiana in Indianapolis, the Morgan County Prosecutor’s Office in Martinsville, and the Vigo County Prosecutor’s Office in Terre Haute. He has helped develop a wide variety of cases in prosecution, including in the areas of drugs and guns, child exploitation and child pornography, and domestic violence. Public service as a prosecutor is a personal calling for Jake, as he enjoys working with victims, law enforcement, and members of the community to ensure people are kept safe. 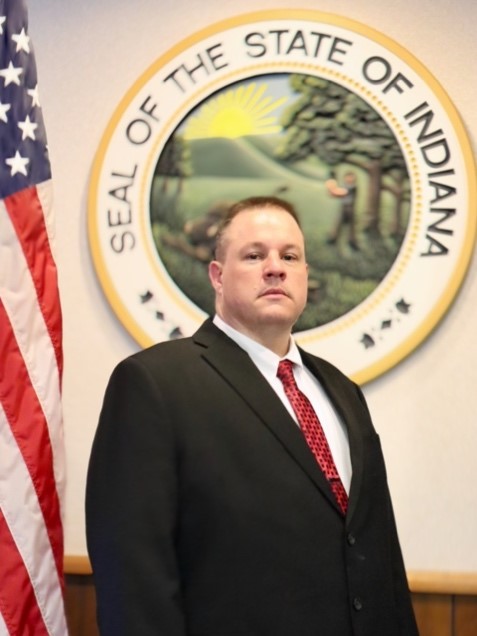 John M. Starbuck will join the Cass Prosecutor’s office as the Juvenile/Title IV-D Deputy Prosecuting Attorney. Starbuck earned a B.A. from IUPUI in Anthropology in 2005, an M.A. from Penn State in Anthropology in 2009, a Ph.D. from Penn State in Biological Anthropology in 2012, and a J.D. from the Indiana University Robert H. McKinney School of Law in 2022. Prior to attending law school, Starbuck was a Post-Doctoral Researcher for two years at the Indiana University School of Dentistry in the Department of Orthodontics and Oral Facial Genetics, a Visiting Lecturer for one year at Indiana University Northwest in the Department of Sociology and Anthropology, and an Assistant Professor for four years at the University of Central Florida in the Department of Anthropology. During law school, Starbuck completed internships at Indiana Legal Services, Inc. – Medical Legal Partnership, the Hamilton County Prosecutor’s Office, and the Office of the Attorney General – Licensing Enforcement. As a Deputy Prosecuting Attorney, Starbuck will focus on juvenile delinquency and child support cases.

Said Schafer of the new additions: “We’re very excited to be adding Lisa, Jake and John to our team.  Each of them brings something unique to the office, but they all share the same enthusiasm and professionalism that we value.”